Installation of the Year 2013

WINNERS OF IotY 2013 AWARDS FOR GEOTHERMAL HEATING AND COOLING SYSTEMS

The Geothermal Association of Ireland (GAI) has announced 4 winners of the Brecan Mooney Installation of the Year competition for excellence in geothermal energy transfer systems.

The awards – which were presented at the GAI’s annual conference in Kilkenny were made to:

In presenting the awards, John Burgess, Chairman of the GAI, said: “All of the finalists in the Brecan Mooney Installation of the Year competition have demonstrated that their geothermal energy installation achieved a marked improvement in performance compared to conventional methods. The lower operating cost has helped these businesses prosper during tough economic times. Also, the move away from fossil fuel fired heating systems to ground sourced thermal energy transfer systems powered from a low(er) carbon electricity supply that is making major reductions in CO2 related emissions. The recent (over last 15 years) halving of the electricity generation and transmission network's Primary Energy Factor for delivered electrical energy, has also made a major contribution to reducing the impact of these businesses’ operations on climate change.

There is a clear message coming through all of the installations, in that the geothermal energy systems have helped sustain their businesses. This is true sustainability,”. 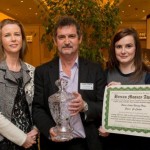 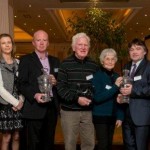 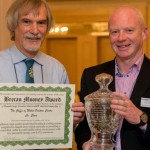 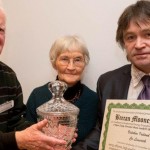 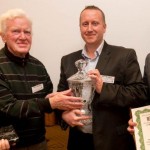